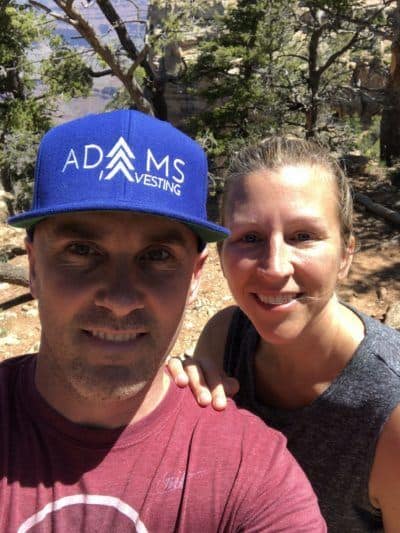 I read recently that it is possible over a lifetime to become a millionaire while earning minimum wage. That is an incredible statement and I had to dive in to prove it out. I was sure the magic of compounding was at the center of the equation.

My wife Shanon, grew up in Seattle; the land of coffee-shops-on-every-corner. Every morning Shanon and her mom would drive to the mocha stand together. She often speaks of the great memories with her mom on those trips but what does this have to do with compounding interest you might wonder. A lot actually.

I wonder what would have happened if she had known that she could trade her coffee habit to become a millionaire at retirement. Would her 15-year-old self have done it? Let’s pretend she was a wise teenager and see what happens.

$4 per day or $120 per month starting at age 15 and continuing to retirement at age 65 totals a $72k coffee habit. That’s a lot of money, and is somewhat crazy to see on paper, but it doesn’t make her a millionaire. But what if she invested it?

Compounding is the secret weapon of long-term investors. It is the ability to reinvest earnings so that those earnings can generate their own earnings. Basically, producing earnings from previous earnings. The main ingredient in the compound interest formula is time. The longer the money remains invested, the greater the power of the compounding effect.

If she had started investing her coffee money at 15 and stayed disciplined for the full 50 years, the 72k would end up being $1,182,643 due to an annual rate of return of 9% and the magic of compounding.

What If She Delayed Compounding?

To understand the importance of time in the compounding equation, let’s see what happens if she doesn’t start investing until 20 years old (instead of 15 years old). All other factors remain the same.

That is one expensive coffee habit.

What is your habit and could it be compounded into something incredible?

Try out our retirement calculator’ to learn more.

Fill out my online form.

Want to find out if wealth management is right for you? You’ll never know unless you ask. Click on your favorite messaging platform and ask Jarrod.