How Long will a Million Dollar 401(k) Last You? 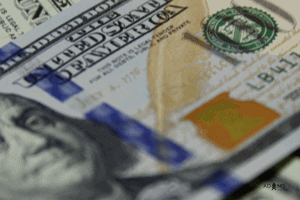 A million dollars isn’t what it once was. These days, lots of people are millionaires on paper, due to the rising value of their homes and retirement accounts, but they don’t necessarily feel rich. If you’re approaching retirement age, a million dollars in your 401(k) puts you in a better position than many people, but understanding exactly how much income that 401(k) provides in retirement, along with other sources of income such as Social Security and IRAs, is critical.

To understand how long a million dollars will last you in retirement, use the 4 percent rule. That’s the standard annual withdrawal amount annually from your 401(k), which theoretically leaves you with enough money for a retirement lasting 30 years. The distribution percentage is based on a mix of stocks, bonds and cash in the retirement portfolio.

While there are some advisors who argue against the 4 percent rule – often suggesting a lower amount, say 3.5 percent or as much as 4.5 percent – 4 percent remains the touchstone. Of course, that means a million dollars is only going to generate $40,000 per year in retirement income. If you’re married and your spouse also has a million-dollar 401(k), that’s $80,000 annually just from the 401(k), and not counting Social Security or other assets.

Whether married or single, if you are used to a much larger income, living on much less in retirement may prove a struggle. Most advisors say that retirees should plan on replacing 70 percent of retirement income. If you made $100,000 annually, you and your spouse are probably just fine. However, if you made $100,000 on a single income, that’s a gross income of $8333.33 monthly. Your gross distributions from your 401(k) are just $3333.33 per month. That’s a $5,000 difference. You will make up some of the difference with Social Security, but the maximum rate for those retiring in 2019 is $2,861. That’s $2,139 you must make up.  That’s where other plans may come into play.

Living comfortably in retirement may mean making some changes to your retirement plans. You may have already to decided to cut your expenses by downsizing and perhaps moving to a state with lower taxes, and that can save you a lot of money in retirement. However, many of the states with the lowest costs of living are not near family and may not provide many of the amenities and activities some retirees seek. Currently, the states with the lowest cost of living are Mississippi, Arkansas, Tennessee, Kansas, and Oklahoma. The most expensive states are those on the West Coast and in the Northeast.

While important, taxes and overall quality of life are not the only considerations when deciding on an affordable retirement home. If you’re lucky enough to have enjoyed good health throughout your life, you may not place as much importance on the availability of good hospitals and medical care, but that’s a mistake. You don’t want to retire to an area with less than adequate medical facilities, so make that an important part of your research. The skyrocketing cost of healthcare may also affect your retirement budget. The average couple can expect to spend $280,000 in health care-related expenses during retirement, according to investment giant Fidelity.

Ideas about retirement are changing rapidly. While most people want to travel, take up new hobbies or spend more time on old favorites, they don’t necessarily rule out ever working again. From a financial perspective, a part-time job can make up the difference between your retirement income and former salary, while helping to keep the mind active. In fact, retirement is a great opportunity to embark on that second career you always dreamed about – and make some money in the process.